Q: What is evolution?
A: Evolution means a process of change over a long time. Most commonly, however, the word “evolution” is used to refer to the formation and development of life on earth. The idea that all living things evolved from simple organisms to produce all life as we see it today called the “theory of evolution”. The process this theory promotes would require ages of time. The word evolution alone is sometimes used to mean the theory of evolution.

Q. What is meant by calling evolution a theory? What is a theory?
A. The simplest definition is that a theory is an unproven idea that is intended to explain something. For example, we all observe light, yet has anyone ever been able to explain exactly what light is? Through the years, many different theories have attempted to explain light, but each in turn was discarded when a newer theory was developed. A theory many seem reasonable, and it may be widely accepted. Even though it is supported by evidence, it is not necessarily a fact. A theory, by definition, is unproven.

An illustration can be found in our understanding of the solar system. For centuries, it was believed that the sun, moon, and stars were all rotating around the planet earth. It certainly appeared to be that way, so it was reasonable theory. It was widely accepted and taught as the truth. Today we know for a fact that no matter how reasonable or accepted it was, that theory was incorrect. A theory, by definition, is not a proven fact.

Q. Are you saying that the theory of evolution is unproven?
A. Yes, or it wouldn’t be called a theory. It is not proven because no one was there to observe it happen nor can any experiments be done to demonstrate it.

Q. Are there alternative explanations for the formation and development of life?
A. Yes. The Bible, which declares itself to be the Word of God, tells us that life and the universe were formed through special creation by God. This means that God, who is eternal and all-powerful, caused the universe to come into existence by an act of His will.

Q. Isn’t creation just a theory, too?
A. Creation can be called a theory for the same reason that evolution is. It intends to explain something, yet it cannot be scientifically proven. No experiment can be done by a human to demonstrate creation. No one was there to observe it, except God the Creator, who has told us in the Bible how creation happened. It is up to us whether or not we believe what the Creator says. It is a matter of faith.

Q. What is meant by faith?
A. Faith is believing in something we have not seen or experienced, or for which there is no proof. When there is proof, faith is not necessary. For example, we have faith that the sun will rise in the morning. We don’t know this for a fact, but we believe it. However, we don’t need faith to believe the sun arose yesterday. What happened yesterday is a fact. We were all there and we know what occurred. We observed it.

Q. But isn’t there evidence of evolution? Doesn’t science prove from the evidence that evolution is true?
A. Not necessarily. Scientists who believe in creation look at the same evidence that evolutionists look at, but they arrive at different conclusions. Each group considers the same evidence, but interprets that evidence differently. Also there are scientists who, even though they are ardent evolutionists, will admit that evolution is a way of belief that they have chosen for themselves. Thus they acknowledge that it is indeed a faith. The following quotation is an example: “Evolution is unproved and unprovable. We believe it because the only alternative is special creation, and that is unthinkable.” (Sir Arthur Keith)!

Q. Does it matter which I believe?
A. Very much so, because our beliefs determine our actions. For many years, people believed the earth was flat. This affected their behavior. They were afraid to sail very far from the sight or land. Also consider our universal belief that there will be a tomorrow. If you became convinced, and believed, that tomorrow in fact would not come for you, that this very day is the last one you will live, would that affect your behavior? Would you live today any differently than you would any other day?

Q. What harm is there in believing the theory of evolution?
A. Evolution renders God unnecessary. If has provided society with a way to dispose of the notion that there is a God. When we have dispensed with the Supreme Being, we’ve also dispensed with the supreme moral Authority. If there is no God to tell man what is right or wrong, then man is free to decide for himself. Throughout history we see the tragic consequences of humans living and doing according to their own self-centered standards.

Q. Maybe God used evolution as His method of creating. If He’s all-powerful like the Bible claims, couldn’t He have created by means of evolution?
A. God could have used any method He chose, but the point is, what method does God say that He used? The first two chapters of the Bible provide the answer.

Q. Some Christians claim that God didn’t explain evolution because people of long ago could not have understood it, and that’s why the first two chapters of Genesis say what they do. What about that?
A. If we accept that line of reasoning, we are saying in essence that God did not tell us the truth. However, the Bible not only reveals that God loves truth, but that God actually is the truth. (John 14:6) He cannot lie, because He Himself is the truth. One of the Ten Commandments states, “Thou shalt not bear false witness [lie] . . .” (Exodus 20:16). Does it seem reasonable that God would have a higher standard for us than for Himself?

Q. Doesn’t the Bible itself say somewhere that one day and a thousand years are the same thing to God? Doesn’t that bring evolution and the Genesis record together?
A. No. That verse is found in 2 Peter 3:8, “But, beloved, be not ignorant of this one thing, that one day is with the Lord as a thousand years, and thousand years as one day.” This verse is not telling us that a day and a thousand years are the same thing, but it is telling is that God does not experience time in the same way that we do. Still, if God had used six thousand years to create, or six million years, or six hundred million years, why didn’t He simply tell us? Instead, the Bible records that He did it in six days, and emphasizes that fact by saying, “. . . and the evening and the morning were the first [or second, or third, or fourth, etc.] day” (Genesis 1:5, 8, 13, 19, 23, 31).

Although I believe in the God of creation, I was once an ardent believer in evolution. I believed in evolution for the same reason that most people do. It was all I ever heard. It was all I was ever taught. In our society there is tremendous peer pressure that it is unintelligent to believe in creation. There is a bias, and sometimes opposition, in the academic and scientific communities against those colleagues who choose to believe creation.

I came to a place in life where I was compelled to reconsider there matters. In my personal search for God, I came to the realization that continuing to believe in evolution would undermine my confidence in the Bible as the Word of God. The theory of evolution and the Biblical account of creation were incompatible. One or the other had to go or else be altered. It wasn’t just a matter of personal preference; I wanted to know the TRUTH. After a short time of praying and searching for the truth, whatever that truth might be, I found that all the elaborate structures of evolution in my mind had washed away like sand in a flood. I felt liberated, but also some what cheated when I saw that thorough the years I had been spoon-fed an illusion of the truth. I even felt mildly indignant when I believed and had been taught all my years in school was not true at all.

I invite you to consider the Bible, and the God of the Bible. The Bible was not written to teach science, but this does not mean that it is scientifically inaccurate. It provides much more than historical information. The Bible provides the answers to life’s questions. It tells how life on earth began, and how it will end. It not only observes that there is much sorrow, pain, and death involved with life, but it also explains why these things are so. And it provides an antidote, a remedy, for those who will choose it.

The Bible not only introduces us to God, it explains Him to us, and tells us how we stand in relation to Him. It tells what He expects of us, and how to accomplish it. Finally, it tells us of an incredible hope, or an equally incredible doom; both are consequences of what we choose to believe in this life. Will you believe God or will you believe man? 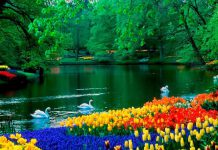 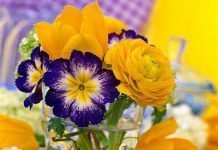 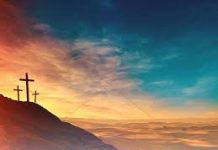 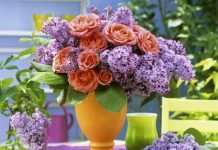 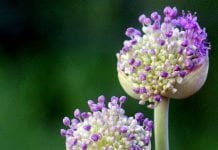